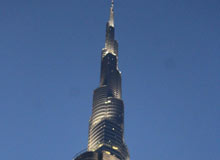 On the 11th of June 2014, the students from the second semester set out for a journey with their bags packed up with snacks and minds packed up with the enthusiasm to explore the countries of Hong Kong, Macau and Sri Lanka. We were accompanied by Dr. Kirti Shivkumar, who was a support and guidance to all of us. We enjoyed seeing different planes of different countries; it made us say "Wow! So this is what it feels like to be in an airport". The journey in itself was a new experience for the students. The hospitality and management of Sri Lankan Airways was commendable, something we could learn from. We arrived at the Hong Kong International Airport on the 12th of June. We got on the bus A21 (special bus meant only for airport transfers) and headed for Chungking Manson, 40 Nathan Road in Tsim Sha Tsui, Kowloon, Hong Kong. We were accommodated on the 17th floor of that building. The thing we observed and learnt was the efficient and excellent usage of space by people.

The second day we all were set to explore the city of Hong Kong. We started off by heading towards the Kowloon Park, a beautiful park with scenic beauty, wonderful graffiti art, a small bird sanctuary and lots of greenery. After that we walked to the night market where we interacted with a lot of locals and explored the market. The night market at Kowloon was enormous with lots of things at a reasonable rate if bargained well. We headed to our next destination "Avenue of Stars", where we witnessed the laser show. A truly spectacular sight where the city of Hong Kong sparkles to the sound of music.

The next day we headed to Disney Land through MTR (Mass Transit Railways). Where we were all once again in sync with our inner child. We had a magical day at Disney Land where we explored the whole of Disney Land with the help of a map and at the end of the day we were wooed by the beautiful firework show in front of the Disney Castle. The next day we travelled to Ocean Park, it had an astonishing aquarium with a wide variety of aquatic life forms. We learnt a lot of things about the aquatic world that we didn't know before. After half a day at Ocean Park, we headed to Repulse Bay, a beach which is so clean and beautiful; it cannot be described in mere words.

At the end of the three days we learnt a lot of things about the city. The city is clean to such an extent that you don't see a speck of dirt on the ground. The infrastructure and planning of the city is amazing, esp. the utilization of space. The people abide by the law very strictly; whether it is the rule of not littering or the rule of crossing the road only when the light is green or the rule of covering the premises during construction. We as students had loads and loads to take way from this city and the tour isn't over yet.

The next day we headed to Macau on a TurboJET ferry. The city of Macau is a warm and humid place as it is an island. The architecture is really beautiful. We headed back from Macau and picked up our luggage and headed to the airport for our flight to Sri Lanka. On the way to the airport we all realized that we had travelled the whole of Honk Kong and Macau by local buses and MTR, we learnt to move around on our own. we now know the city of Hong Kong. If ever we come to this city again we'll be able to guide others and will be able to explore the city independently. We learnt a very important thing that is the value of time and importance of punctuality. On arriving at Sri Lanka we were taken to the Camelot Hotel, a beach resort, our crib for the night. After having a good night sleep we buckled up for the city tour of Sri Lanka. We learnt about the history and culture of Sri Lanka. We visited different monuments and places of historical value. At the end we took home a learning of a life time and memories encrusted in our minds. We would like to thank the college for giving us the opportunity to travel abroad and learn the ways of the world; making us internationally aware.