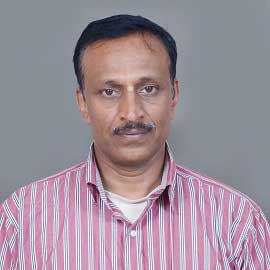 The Centre is established with an objective of inculcating strong values (moral, ethical, spiritual, material, social, and above all human values) amongst the students and staff so that one can live in peace.

Purity of thoughts, words and actions and convergence of the three which determines integrity of a person will lead to PEACE. The true nature of our soul is Sat-Chit-Anand, which can be attained through embracing / practicing spirituality in day to day life which will guarantee PEACE.

The Gandhian philosophy is revolved around only one principle, i.e. ‘living in peace’. Gandhi is rightly remembered the world over not just as a freedom fighter, patriot and nation builder but also as a moral force who pushed the world with an unprecedented urgency towards truth, non-violence and harmony. Lovingly called Bapu, he was indeed the greatest apostle of peace and non-violence of the 19th century. Gandhian principles, as his teachings have come to be alluded to, need to see the light of the day in a nation that is currently engulfed by the darkness of poverty, child abuse, unemployment, corruption, violence, terrorism, communal hatred, disillusionment, consumerism and so on. It is true that the light of Bapu, which Nehru pointed out to, was no ordinary light. It was the light that was the beacon for oppressed Indians to seek emancipation. It was the light that illuminated the dim minds of our ancestors towards the path of truth and non-violence. It was the light that kindled the fire of dignity and self-reliance. It was the light at the end of the dark tunnel of colonial rule. It was the light that blazed through the darkness of communal discord dissipating hatred. Through the meaningful activities that we are going to conduct through centre we want to keep the Gandhian philosophy alive and spread it to all including our students and staff because success is a temporary accomplishment feeling which one experiences when he gets what he wants, whereas Peace is the permanent joyous/happy feeling which one experiences with whatever he gets. Let’s all live in peace and harmony!

The entire world has recognized the contributions of Gandhi, philosophical thinker, sociologist of the 20th century. Mentioned here-in-under are some of the testimonials;

Through this centre we want to propagate this philosophy and make the world a better place to live in.